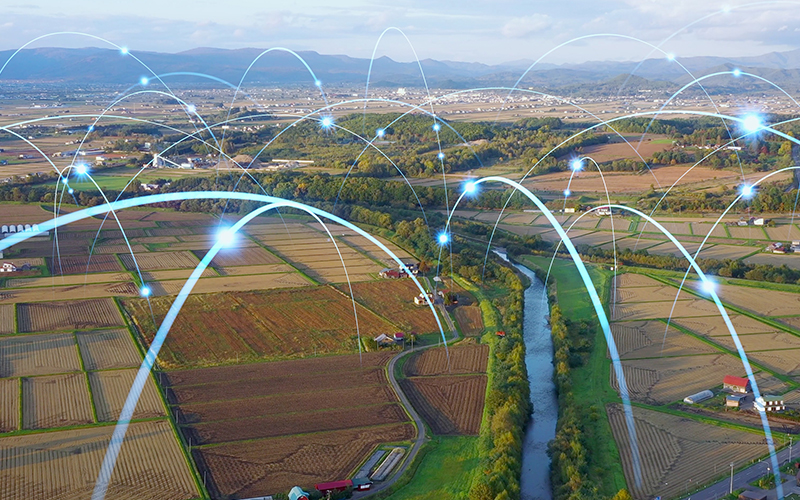 Wireless technologies are not always easy to understand. These systems are commonly based on radio waves, free of cables for the end user, and are found nearly everywhere people live and work. Distances can be short (think Bluetooth) or as far as deep space. Many people assume that all wireless technology is WiFi, but the two terms are not synonymous. Let’s explore a few wireless technologies, some of which may be new to you, in this brief overview.

WiFi – WiFi is the wireless technology used to connect computers, tablets, smartphones and other devices to the internet. This is the radio signal sent from a wireless router to a nearby device, which translates the signal into data you can see and use. The device transmits a radio signal back to the router, which connects to the internet by wire or cable. WiFi has continued its staying power for a long time and could remain the primary choice in high performance for homes and offices. It is also evolving to improve security to include two-factor authentication. WiFi is popular for use in private homes and is utilized for community and business hot spots. Speeds vary based on location and number of users (the more users or devices tapping a WiFi network, the more it can affect WiFi).

Cellular – While WiFi lets you connect to the internet via your router, cellular data lets you connect to the internet via your cell phone signal. So, if you are not at home in vicinity of your router to use your home network, and if you are not connecting to public WiFi, you’re probably using cellular internet. When you’re home and the power goes out–including your router, you’re definitely on a cellular network to access the internet and (landline excepted) to make calls. This technology requires cellular towers, and many require fiber backhaul connections. Traditional services are available through major service providers, and network operators manage and control the data caps. This is another technology whereby the data goes to a fixed location(s), in this case a cell tower and a macro tower.

5G – A great short-term solution for a small region, 5G networks aim to be more flexible, reliable, and secure than existing cellular networks. The technology also promises to provide significantly greater speeds and accommodate more devices than current 4G networks. First, we had 3G, then 4G, and there’s also the add-on term “LTE,” essentially the improvements made each version. Mechanically, data-heavy 5G is a wireless network on the user’s end but links to a fiber system (something on a pole near your home or business that goes to cell tower or macro tower and onward). Still pending deployment, 5G is expected to eventually improve the Internet of Things (IOT) and its robust network is thought to transcend current cellular technology. 5G systems can mean quality-of-life solutions, such as getting broadband to the home, or serving as part of a mesh of networks for autonomous cars. Washington State will be ready when 5G is; NoaNet is about to deploy a 400GB system to accommodate this next wireless wave.

CBRS -Newer to many, Citizens Broadband Radio Service is a band of radio-frequency spectrum (from 3.5GHz to 3.7GHz) that the Federal Communications Commission has designated for sharing among three tiers of users: incumbent users, e.g., the U.S . Navy; priority licensees, such as Verizon and Comcast, which bought licenses for select US counties; and “generally authorized,” which is lightly licensed to give users the right to use the band as long as they don’t interfere with the first two categories of users. CBRS offers greater coverage, more reliability and lower operating costs than WiFi. Carriers facing a continuing spectrum crunch look forward to using it to extend coverage and capacity of their 4G LTE and 5G networks. Cable operators and service providers stand to benefit from this boost; service providers are expected to use CBRS to replace last-mile fiber access to customer sites, deliver fixed-wireless services, and even point-to-multipoint connections. CBRS also works both inside and outdoors.

Satellite –Satellite fills a special niche to bring wireless connectivity to unserved or under-served rural areas, with the goal of closing the digital divide. Current-era low earth orbit (LEO) satellites have far less latency than first-generation satellites (that’s good! Less pixelating and buffering), and offer speeds faster than copper and cable. Starlink, operated by Elon Musk’s SpaceX, is quickly growing. As more satellites go into orbit, with plenty of competition emerging, this technology will only improve. Among the companies launching communication satellites, Starlink was the only satellite internet provider in the U.S. with fixed-broadband-type latency figures and median download speeds fast enough to handle most of the needs of modern online life. While fixed broadband providers still offer faster speeds overall, this technology beats trenching for miles (or through solid rock topography) to connect up in remote areas. All that’s needed for subscribers is an antenna/dish, a tripod mount, a WiFi router, and a power supply.

Go deeper with NoaNet’s wireless experts to review the various technologies available, their capabilities, and potential use cases in this FREE, one-hour interactive session. Join us!