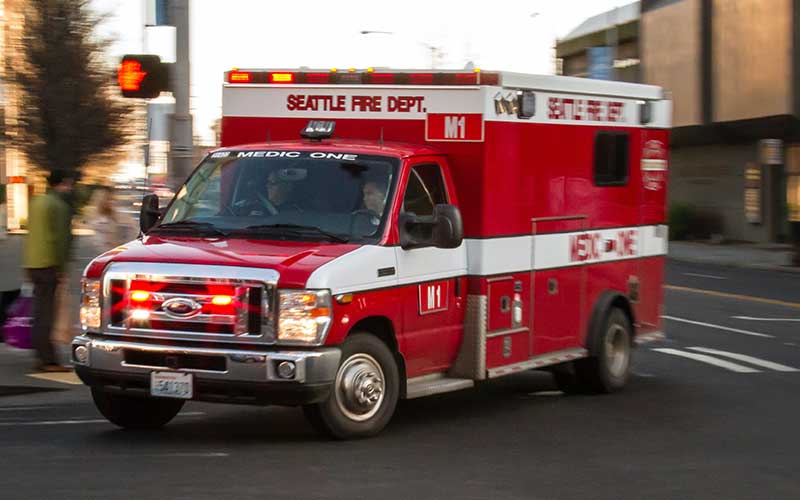 Helping to Save Lives and Improve Emergency Response in the Future

Imagine being a rural farmer, stranded out in the field and seriously hurt—or worse, also unable to speak. With our traditional call-in 911 system, not only was the response time often delayed by poor location information, it might be a sheriff who showed up instead of needed medical help. If the caller couldn’t speak when trying to get help, the old system would not always precisely track the location from the caller’s cell phone. Times have changed for the better for Washingtonians needing emergency help.

In Washington State, thanks to a working partnership between NoaNet, Comtech, and the Department of Emergency Management, the completed Next Generation 911 Emergency Services IP network means that all 911 calls placed in Washington go across a world-class next generation network. The systems, built over the past few years, have the capability to allow for all types of devices and methods for contacting 911. Not only is the network reliable and secure, it is compatible across the state and even across state lines. More lives will be saved for many years to come as a direct result of this overhauled network infrastructure and routing.

NoaNet Chief Security Officer Mike Henson describes NoaNet’s role as the backbone for the state’s 911 system. It is also are the aggregation spot for all the calls that come in, so every call that goes through 911 transits the NoaNet network and that network now is all IP-based (internet protocol).

“It’s no longer SS7, traditional signaling circuits that were developed in the 50s and 60s. It’s now next generation capable and it has large capacity circuits that are going to allow it to do more things in the future,” Henson says.

The new system can more accurately route calls to 911 centers and makes it easier to transfer calls between 911 centers. For example, when a caller dials 911 near a county boundary, the new system will make it easier to detect where to send the emergency call based on the geographic location of the caller. The old system’s imperfect accuracy frequently sent callers to the wrong place, resulting in transfers to another 911 center.  As location accuracy improves with cell phone companies and other communication, the state’s network will also be ready to more fully partner with them and save valuable time during emergency situations.

High-speed capability between all the public safety answering points can then be used to share information, not only calls and voice calls, but text, video, and importantly GIS information. Sometimes it’s about actually finding out where people live and being able to find a map when somebody says, “Well, I’m not at an address. I’m at this point and this point.” GIS information is incredibly important and it feeds the backend systems for all public safety and how those guys do. Having that information and being able to share it in a true widespread disaster, allows responders to help while one place has been affected. The network enables those capabilities.

Texting 911 is also a big step up. The new system enables local governments to begin accepting “Text-to-911” and future technologies. Already more than 20 of Washington’s 39 counties accept “Text-to-911”. This feature will benefit people that may not be able to speak in situations such as during a home invasion, trying to escape an abusive partner, or those with limited hearing or speech. Procedures and policies for accepting text and media to 911 Public Safety Answering Points (PSAPs) are being handled county-by-county, so make sure to check what services are available where you live and work.

“To allow any device anywhere to be able to communicate with 911 is a huge advance, obviously, to be able to do things where people can’t do them for themselves. And that’s going to change things,” Henson says. “With the network we have in place, it will allow us to actually continue to develop opportunities such as integrating with FirstNet, the national first responder network.”

Doubling down on increased redundancy is another feature NoaNet built into the system. Not only does the state 911 network now have enhanced redundancy, it has the ability to move between 911 centers. And that’s what the next generation gives them, the ability to route to another center when needed. In the case of a natural disaster, the new network allows for more efficient and effective responses to what’s going on in a community.

In the first project year, NoaNet was actually able to help cut communication expenses for the state by offering a larger capacity and a lower cost network.  Henson notes the new network was designed with future-forward approach to support nearly any kind of methodology for communicating with 911, making it adaptable as new technologies emerge. This enduring investment means the state doesn’t have to start over again on its 911 network; it just builds on it.

High capacity networks have life-changing impacts in the area of healthcare as well. NoaNet has worked with public utilities to support “doc in a box” programming for telemedicine to help patients get their prescription without driving two hours for a doctor visit. It’s also established a connection to help a healthcare clinic run a neonatal unit remotely so a doctor 60 miles away could monitor infant patients and allowing parents to stay home in their local community with peace of mind.

Learn more about text-to-911, including if it is offered in your county here.