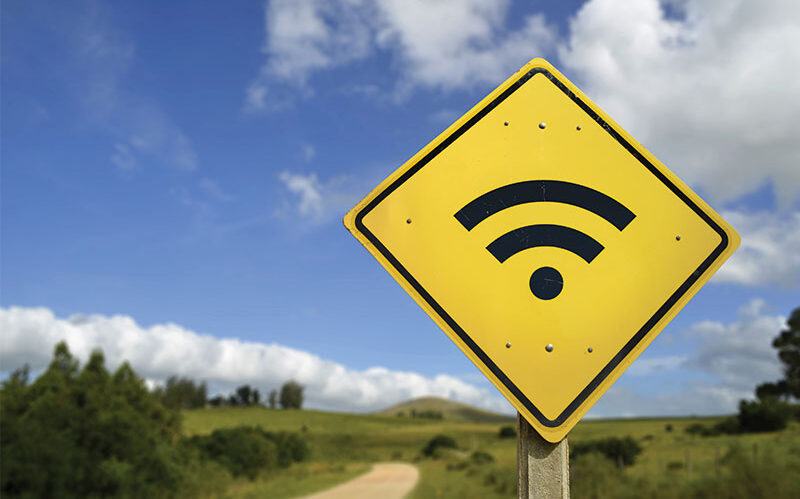 In 2009, The American Recovery and Reinvestment Act appropriated $4.7 billion in two rounds of funding for the National Telecommunications and Information Administration (NTIA) to establish the Broadband Technology Opportunities Program (BTOP) to help the nation recover from the 2008 recession.

The act required that the NTIA design this BTOP grant program to accomplish a few objectives:

The NTIA’s roughly $4 billion investment set 233 BTOP projects into motion nationwide in 2009-2010. The largest award in Washington State, and the third largest award in the United States, went to a consortium led by NoaNet. NoaNet created an alliance of public, non-profit, private organizations, and tribes to apply for these federal funds.

The project brought broadband access to more than 55 economically depressed communities, creating opportunities for local community internet and phone service providers, tribes, and other public benefit networks to deliver internet services to the vulnerable populations in our rural underserved areas. This investment created over 1600 miles of new backbone and middle mile infrastructure. Think of this broadband network as an interstate system; this funding built the highway, the off-ramp, and even some main arterials to many of the community “anchor institutions” such as hospitals, libraries, and schools.

NoaNet’s first BTOP grant added roughly 830 miles of fiber, including access to anchor institutions in rural communities of Washington. A second award funded an additional 500 miles of fiber to serve the state’s most rural areas. As a result of the BTOP grants, combined with its existing network, NoaNet established a network point-of-presence in every county of the state.

The BTOP grant funded a middle mile network that not only reached areas of the state that were previously unserved, but also provided a redundancy to the existing networks instrumental in providing first responders communication facilities in times of natural disasters.

Throughout the state there has been expansion off of the BTOP network to provide broadband service to business, residents, and anchor institutions. High capacity reliable backhaul service constructed off of the BTOP middle mile infrastructure has also made it possible for wireline, wireless and cellular carriers to increase service to rural communities.

Below, we illustrate just some the expansions by sub-participants in the Washington Rural Access Project (WRAP), funded by the BTOP:

Franklin PUD The BTOP grant-funded expansion in Franklin County brought the middle mile infrastructure up past Connell, WA, a rural community sorely lacking access to broadband. Expansion has continued off of the backbone has been done in Mesa and Merrill’s Corner. Both areas are driven by connectivity needs of businesses, cellular back haul, and wireless service for residents.

Pacific PUD Backbone fiber built by the BTOP grant connected the infrastructure the PUD had in Raymond down to Naselle and back through to Olympia. This created redundancy that has facilitated connectivity for businesses in Pacific County. Many cellular providers have since connected to the network. Additionally, new businesses have relocated to the area with high security and surveillance requirements. The expansion of the broadband network to these businesses has allowed for greater security and efficiencies.

Wahkiakum West Communications Wahkiakum West has been serving rural Wahkiakum County with cutting-edge communications services since the early 1900s. Originally, they provided farmers with battery-operated phones because they often beat the electric utilities from getting out to their customers! Today they are continuing their legacy with fiber broadband. Wahkiakum West applied and was granted a RUS loan, which they utilized to extend off of NoaNet’s BTOP infrastructure to bring ultra-high speed all-fiber services to their customers, delivering high-capacity broadband to a lucky portion of an otherwise extremely underserved broadband desert.

Black Rock and SawTooth These were both private carriers that participated with the WRAP; BlackRock in the North Cascade area and SawTooth along the Columbia River Gorge who used the middle mile network to gain access to rural communities to supply wireless and wireline services to the unserved and underserved.

Benton PUD Through BTOP funding, a redundant fiber connection was brought into the rural areas of the county. This enabled the network to deliver broadband services to unserved farmers along the Columbia Gorge, created connections to cellular towers enabling the evolution to 4G LTE, and supply broadband to Anchor Institutions to the Port of Benton and the Richland Airport.

In some cases, what started as BTOP grant projects ended with work-around solutions:

Clallam PUD The BTOP grant originally called for a fiber build from Port Angeles to Forks in Clallam County. Unfortunately time and financial constraints caused it to be deselected from the grant. Clallam PUD, one of NoaNet’s owner/member organizations, has since Invested in wireless efforts to bring high-capacity services to the area. Through collaboration with the Lower Elwha Tribe, Quileute Tribe, private businesses, NoaNet and the WA Department of Natural Resources, high capacity broadband has been made available to the schools in Forks and La Push.

Kitsap PUD Although its far-reaching proposal faced setbacks that made using all of the BTOP grant funds unattainable, Kitsap PUD was still committed to completing the original scope of the grant. Nearly all of its proposed routes were established, with anchor institutions enjoying an open access, high-speed, reliable broadband network. The Kitsap PUD has also expanded its network to cellular towers throughout the county. This enabled cellular carriers to provide enhanced services to more rural areas because of the middle mile network. For its residents, the expansion of the middle mile footprint with BTOP and the ability to look at long-term payback models have enabled the PUD to expand last mile connections to many hard-to-reach areas of the county. KPUD has since launched a Local Utility District program to expand last mile infrastructure to residential subscribers.

Being a wholesale-only provider, NoaNet has built relationships with third-party partners to expand the network throughout the state, driven by our customers: Retail Service Providers. Through this, NoaNet and its members continue to invest in the success of private providers. Through BTOP and beyond, service providers from small Internet service providers to large cellular carriers are providing service into rural areas of the state.

The infrastructure has grown the footprint on a statewide level, such that carriers have been able to partner with NoaNet and our sub-recipients to broadly provide service solutions. This has created opportunities for regional service providers to expand their area of business and grow into underserved communities.

As of 2020, Washington’s 911 system is 100% migrated to the NoaNet network to support next-generation communications with 911 public safety answering points (PSAPs). This would not have been possible without the infrastructure funded through BTOP. Next-generation 911 (NG911) infrastructure lays the groundwork to allow for more than just calling to 911 when there is an emergency. As protocols are developed county-by-county, rollouts will begin to support text-to-911 and eventually even video-streaming to 911. Today, texting-to-911 is available in about half of Washington’s 39 counties. The enhanced network touches every county and all 64 PSAPs statewide. It allows the transport of emergency data at rates and speeds that are factors of 10x faster than what Washington has had in the past. Washingtonians will be safer because of these enhanced 911 services made possible by a high-quality network.

Delta Dental Call Center– Colville, WA, considered relocating to a more urban and wired region of the state. Had this happened, the move would have taken jobs and regional income along with it. However, BTOP grant funding made it possible to build out infrastructure to this region and bring fiber broadband with it. Delta Dental and the jobs it brought to the area were retained due to the access to broadband services that were previously unavailable. This example underscores why it is imperative that broadband services are made available to all citizens of Washington State, both rural and urban.

Education: Neah Bay Elementary Located in the Northwestern-most area of Washington State and serving primarily Makah Tribal members, Neah Bay Elementary received broadband access for the first time through an expansion project post-BTOP. Crippled by a very slow internet connection, teachers, administrators and students were understandably frustrated. After being connected to broadband, teachers and students at Neah Bay Elementary can do things in their classrooms as never before (e.g. video streaming, distance learning). Teachers and administrators can now load ten times the data in the amount of time they could have uploaded one thing. Administrators call the improvement transformative.

Healthcare: CHI Franciscan CHI Franciscan is an industry leader for telemedicine and virtual care in our region. Headquartered in Tacoma, WA, this local group has eight full-service hospitals as well as a regional network of primary and specialty care clinics. Since the vast deployment of broadband in our state, the implementation of telemedicine services has taken hold. CHI Franciscan’s virtual medicine department is exploring ways to utilize broadband technology to enhance remote patient service so patients can receive care when they need it without having to come into the clinic or hospital. Through virtual monitoring (such as for patients with diabetes or heart conditions) patients can save time and money and the data collected is integrated into their health records to be reviewed by their primary physician. CHI Franciscan has embraced diverse network access approaches, including wireless hubs to expand its reach.

Success achieved, but there’s more work to do

The purpose behind the NoaNet BTOP was to enhance broadband access to rural communities, creating the necessary infrastructure to service rural service providers and others by eliminating the middle mile costs. Retail service providers would then bring high-speed services to the local businesses and residents through wireline and wireless local and last mile connections. In the years following BTOP, we saw that many rural communities continued to be largely unserved. The business case is challenging for rural communities. Networks are expensive, and without sufficient population density to support repayment of the infrastructure investment, it is unlikely that private entities will deploy in these areas. NoaNet responded to this reality by launching the Community Broadband Solutions program to work with Washington communities to help with strategic broadband planning and to explore funding and resources to build out their communities with open access broadband networks.

Looking ahead, it is critical that continued investment from federal and state programs help pick up where BTOP left off. The State Broadband Office estimates that it will take $1.2 billion to finish building out Washington with high-speed Internet. In 2020 the office was funded with $25 million, which was a good start—but an investment of $200 million through State and Federal sources per year toward broadband infrastructure development is needed to meet the goal of ubiquitous broadband access for Washington State by 2028. We will continue to advocate and seek solutions until this work is done.