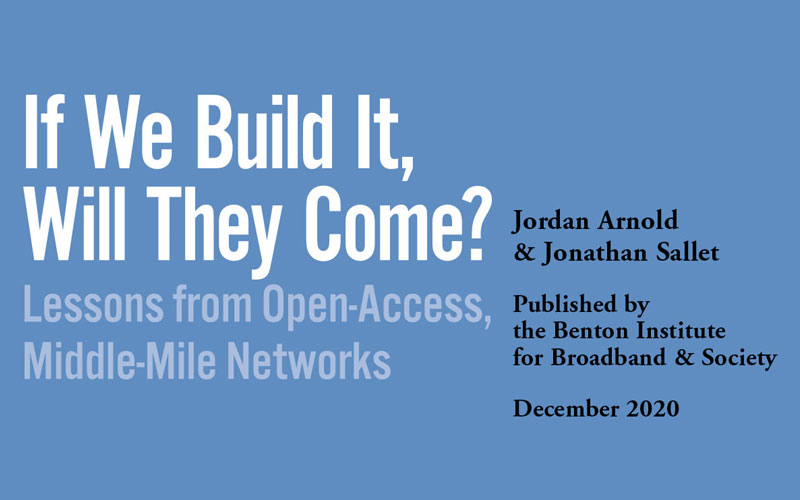 In December of 2020, the Benton Institute for Broadband & Society released a report about the construction of open-access, middle-mile networks, featuring among others, NoaNet and its work in Washington state.

The Benton Institute report recognizes that residential and small-business customers in much of the United States have too few options for fixed, robust broadband service, what they refer to as “High-Performance Broadband.” Fixing deployment and competition problems require the construction of new broadband networks. This policy brief concentrates on one solution—the construction of open-access, middle-mile networks. In this report, they explore several instances of these networks as a proven solution to statewide broadband network deployment that had increased competition and network deployment in the areas they serve.

“Open-access” means the network permits any broadband provider to connect to the network on nondiscriminatory terms and conditions. “Middle-mile” networks reach from national and major regional internet backbones to a local connection site (which could be a school or library but which could not be, by definition, a residence). Those final connections are called “Last Mile” in the industry. Thus, middle-mile networks bring data to and from an internet backbone where, in turn, traffic is handed off to the “last mile” network that connects to, say, a home.

“In the past two decades, the [NoaNet] network has grown to about 3,300 miles, touching every county in Washington and connecting 170 communities in both urban and rural areas. The network also connects 2,000 community anchor institutions. More than 60 broadband providers offer last-mile service using NoaNet.”