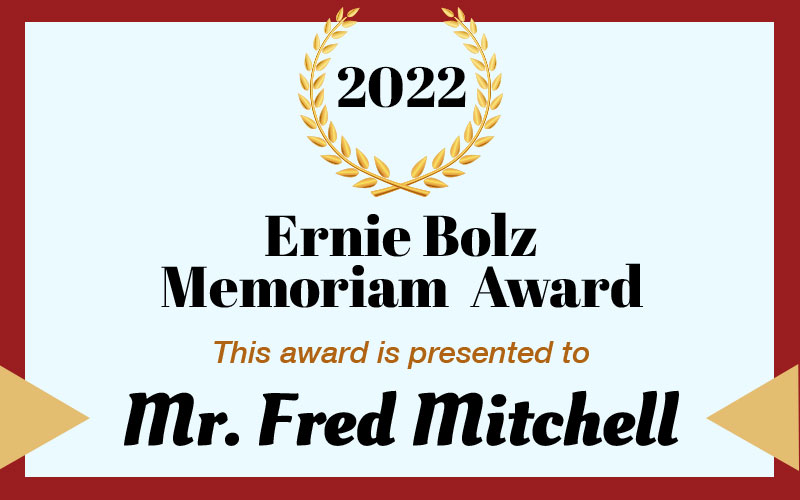 At its May Board of Directors meeting, NoaNet CEO Craig Nelsen announced Fred Mitchell as the 2022 recipient of the Ernie Bolz Memoriam Award for demonstrated contributions and selfless dedication to enhancing telecommunications services for Washington State.

Fred Mitchell retired from the Public Utility District No. 1 of Clallam County– one of NoaNet’s owner/members–as its Power Supply and Utility Services Manager. He served on NoaNet’s Board of Directors from 2002 to 2017, and served at times as its President, Vice President and Secretary of the Board. He has been an important part of NoaNet’s success, as cited by the many Board members, member representatives, NoaNet staff, and meeting attendees who spoke in honor of Mitchell:

While receiving the award, Mitchell commented that he valued his time with NoaNet and that it was a delight to be involved with the organization. He also commented on his personal friendship with Ernie Bolz over the years, which made the award especially meaningful to him.

The award was established in tribute to Mr. Ernie Bolz, former PUD commissioner at Okanogan PUD and dedicated rural broadband advocate, who passed away in May 2021. Ernie’s reputation as a “soft-spoken visionary” has had a lasting impact on the success of NoaNet and the success of the employees and the Board itself. The NoaNet Board honors his legacy through this Memoriam Award.

Now in its second year, the Ernie Bolz Memoriam Award is given annually to recognize extraordinary contributions and selfless dedication to the mission of enhancing telecommunications services for Washington State. Former Benton PUD general manager Jim Sanders was the 2021 award recipient.