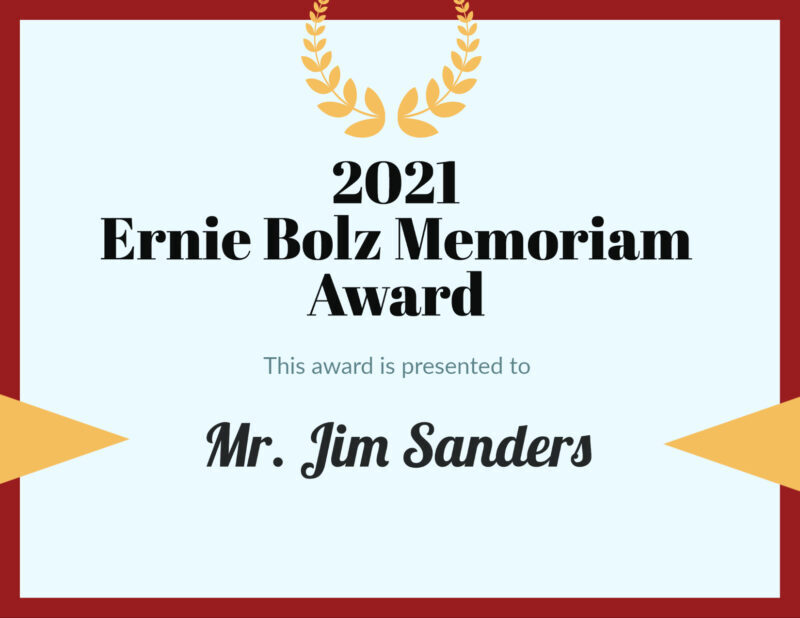 The award was established in tribute to Mr. Ernie Bolz, former PUD commissioner at Okanogan PUD and dedicated rural broadband advocate, who passed away in May of this year. Ernie’s reputation as a “soft-spoken visionary” has had a lasting impact on the success of NoaNet and the success of the employees and the Board itself. The NoaNet board wanted to remember that legacy by creating this Memoriam Award.

Mr. Sanders served as Benton PUD’s General Manager for more than 16 years and was critical in advancing the PUD’s broadband program. Today, Benton County has a thriving network bringing world-class services to the fastest-growing region of our state. His leadership and accomplishments will impact this area of our state for decades to come. Jim was also one of the “founding fathers” of NoaNet. Without the leadership of the first few Board Members like Jim and the first members of the NoaNet management team, the organization would not exist today.

The Ernie Bolz Memoriam Award will be given annually to recognize extraordinary contributions and selfless dedication to the mission of enhancing telecommunications services for Washington State.