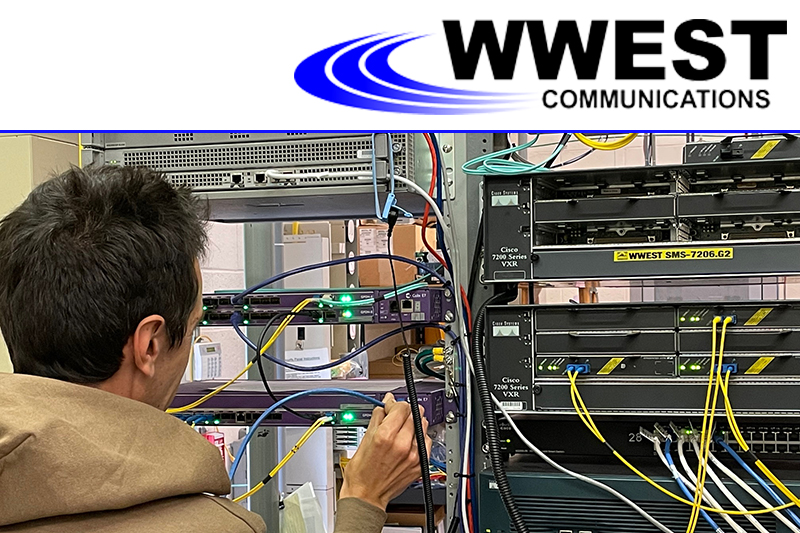 Though Wahkiakum West has provided Internet Services for more than 20 years, they have continuously upgraded their network as bandwidth needs have changed. After initially offering dial-up, they upgraded to A-DSL, but then according to CEO Ken Johnson, “quickly realized it wasn’t not going to be enough.”

In 2013, Wahkiakum West began replacing their copper wire network with fiber-to-the-home to every premise in their current serving area. That effort is expected to be complete by the end of this year. Additionally, the company is forging relationships with area Public Utility Districts to expand into new serving areas, including Wahkiakum PUD and Pacific PUD.

When asked why the organization is looking at expansion, Johnson said it was simple- it was the best thing to do for the community.

“To live and work here, you need high-speed Internet access, so we are bringing the infrastructure to every home and business.”

He added that local realtors are thrilled about the fiber connections. Increasingly, buyers don’t want to move into a home without good Internet. “Even folks who aren’t interested in the service, if they sell their home, the fiber connection will be waiting for the next person.”

Like the local PUDs that bring power and water services to area residents, Wahkiakum West has a long-standing tradition of bringing critical services to the community. Nearly 100 years ago, the Western Wahkiakum County Telephone Company was incorporated in 1927. Back then, the independent local telephone company linked about 200 farms to party lines. Telephone access, the transformative technology of the day, changed how life was lived in the rural community.

A news article from the Willapa Pilot Newspaper from October 19, 1927, showcases how the Western Wahkiakum Telephone Company’s service was being utilized as an emergency communication service:

“Residents… as a result of the organization of an up-to-date telephone system, are enjoying a 24-hour continuous service with the outside world. This special emergency service is a wonderful asset to these communities, especially in case of sudden illness or accident, where first-aid can be administered after consulting a physician. The new system was born out of the necessity of this emergency service.”

Also like the telephone expansion in the 1920s, broadband connectivity has been a local effort. Due to low population density and rugged geographical terrain, the area is unlikely for an investor-owned company to deploy infrastructure. As residents and local community members, Wahkiakum West comes at the problem with determination to, as Johnson said, “get creative and just find ways to make it happen!” 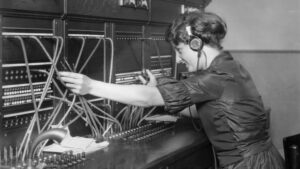 Internet service packages are currently available with speeds of up to 300mbps download and 65mbps upload. Since the network is fiber-optic, it will be highly scalable as bandwidth needs continue to evolve. Wahkiakum West is also procuring a 10 Gigabit transport link to Portland to offer TV and video content to their customers, in addition to their current internet and phone offerings.

When asked what motivates Johnson to do this work, he shared that it is a personal passion to ensure that his community has access to services on par, if not better than what is available in urban communities. He loves it when people are blown away by the speeds being achieved in very remote residences.

“To me, if you work each day to bring your community something that will make their lives better, then that is a career well spent.”

We couldn’t agree more! Wahkiakum West Communications has been a customer of NoaNet’s since 2012 to provide Transport and Internet Services. We are excited to see what is next for this fantastic local service provider bringing world-class services to their rural Washington community.